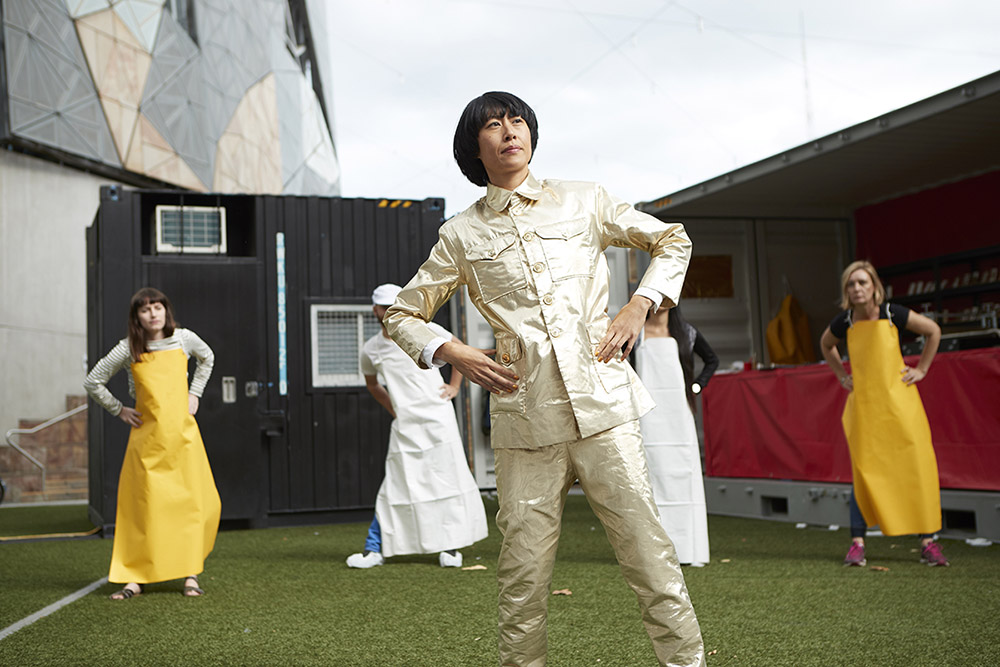 THE AMBASSADOR by Eugenia Lim

Please join us for opening night, with a live performance of The People’s Currency by Lim, on Friday 17 January, 6pm.

The Ambassador brings together Australian artist Eugenia Lim’s most recent body of work. In this three-part project, Lim transforms herself into the Ambassador, a Mao-like persona who sits halfway between truth and fantasy. She takes on new roles in uncovering the Australian-Asian narrative, drilling down into racial politics, the social costs of manufacturing and the role of architecture in shaping society.

A 4A Centre for Contemporary Asian Art and Museums & Galleries of NSW touring exhibition.

This project has been assisted by the Australian Government’s Visions of Australia program.