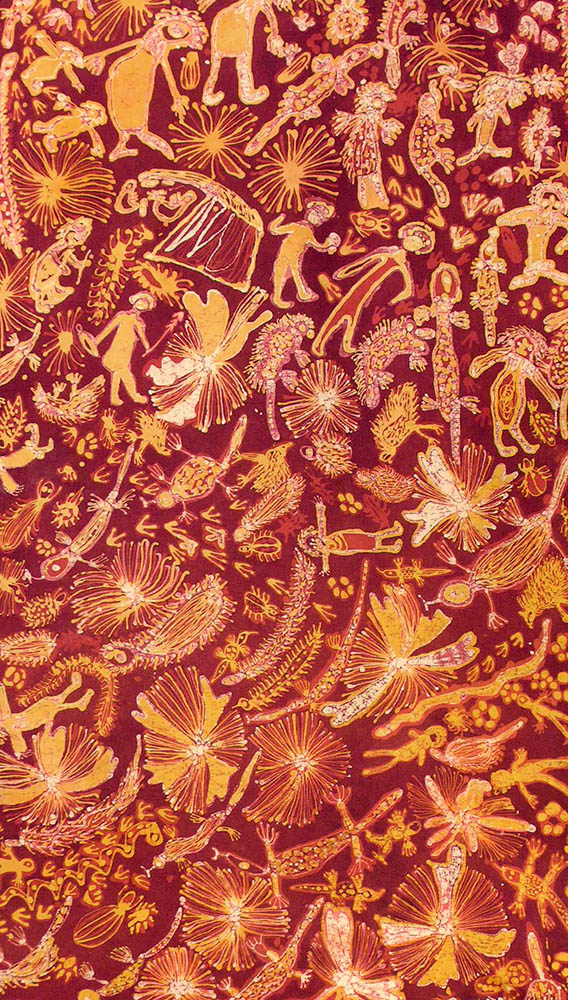 from The Riddoch Collection

A selection of works from the Utopia region in the Northern Territory, from The Riddoch’s Rodney Gooch Collection.

In 1977 a group of Alyawarr and Anmatyerr Aboriginal women from the Utopia region in the Northern Territory were taught the techniques for making batik fabric in a series of government sponsored workshops facilitated by Jenny Green. The following year the Utopia Women’s Batik Group was formed with Julia Murray becoming art coordinator for the next five years. Some of the original members of the group include: Emily Kngwarreye, Audrey Kngwarreye, Lena Pwerle, Rosy Kunoth Kngwarreye, and the Petyarre Sisters: Kathleen, Violet, Gloria, Nancy, Myrtle and Ada. Many of these women later became significant figures in both the Australian and international art scenes.

The money raised through the sale of their early batiks assisted with the successful claim for Alyawarr and Anmatyerr freehold title over the Utopia Pastoral Lease in 1979. In addition to providing a source of income and demonstrating the economic viability of the outstations; the batiks were also used in conjunction with ceremony, as evidence of the women’s ownership of country, during the land claim hearings.