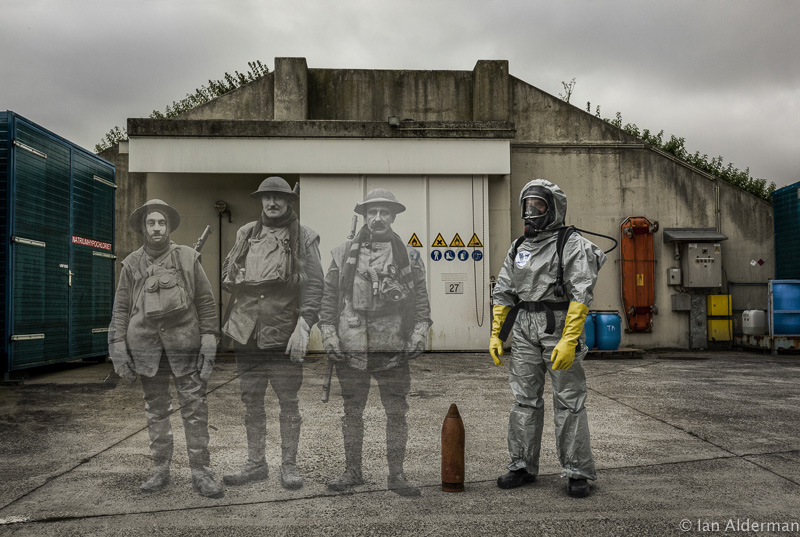 This timely photographic exhibition documents the physical and psychological consequences of the Great War. Comprising a series of 25 thought provoking images accompanied with poignant quotes sourced from Australia’s archives, the exhibition lays bare the plight of Australia’s war widows, grieving mothers and traumatised returning soldiers. Also documented, the Belgian army’s ongoing collection of the lethal legacy of unexploded ordinance from the Great War, routinely unearthed in Belgium’s fields, construction sites and backyards to this day. 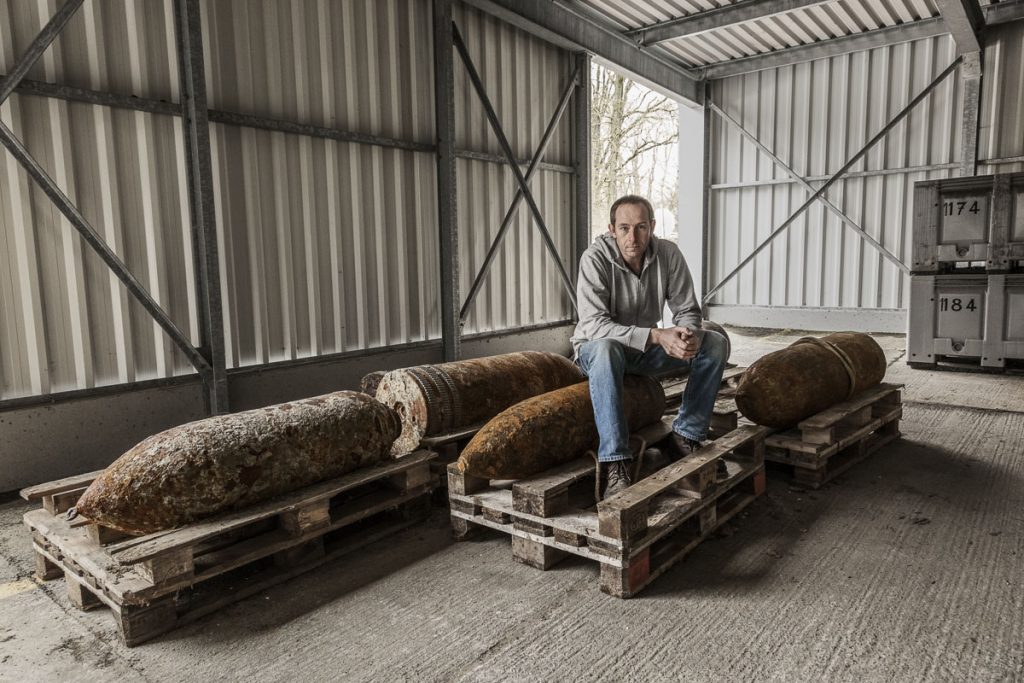 Born in Eastleigh near Winchester, UK, Alderman has spent much of the past twenty-nine years based in London.

Extensive experience as both a photographer and digital artist has given Alderman the broad, practical knowledge required to produce a technically challenging project such as Recovering The Past.

Working alongside the personnel of the Belgian armed forces bomb-disposal team for this project has given Alderman a unique insight into the legacy and clearance of unexploded ammunition from a former war zone. The risks endured by those who live and work on the Great War’s former Western Front has been laid bare in this work.

This self-funded, non-commissioned project of nine years in the making is solely the result of the artist’s own long-term vision and dedication. Through Recovering The Past, Alderman’s desire to raise the profile of a plight that has and will continue to affect millions of people world-wide has produced an exhibition that poignantly reveals the less-appreciated consequences of human conflict.

“In August 1916, my great-grandfather – Henry George Spearing – became a casualty of the Battle of the Somme. Shot in the spine and paralysed from the waist down, the injury was his alone, but its consequences were not.

Invalided home and till his death in 1936, Henry was nursed on a permanent basis by my great grandmother Louisa-Jane. Despite having not gone near the Western Front itself, through her relentless dedication to Henry, Louisa-Jane’s own life was itself directly compromised as a consequence of the war.

Their shared experience was the inspiration for this project”.