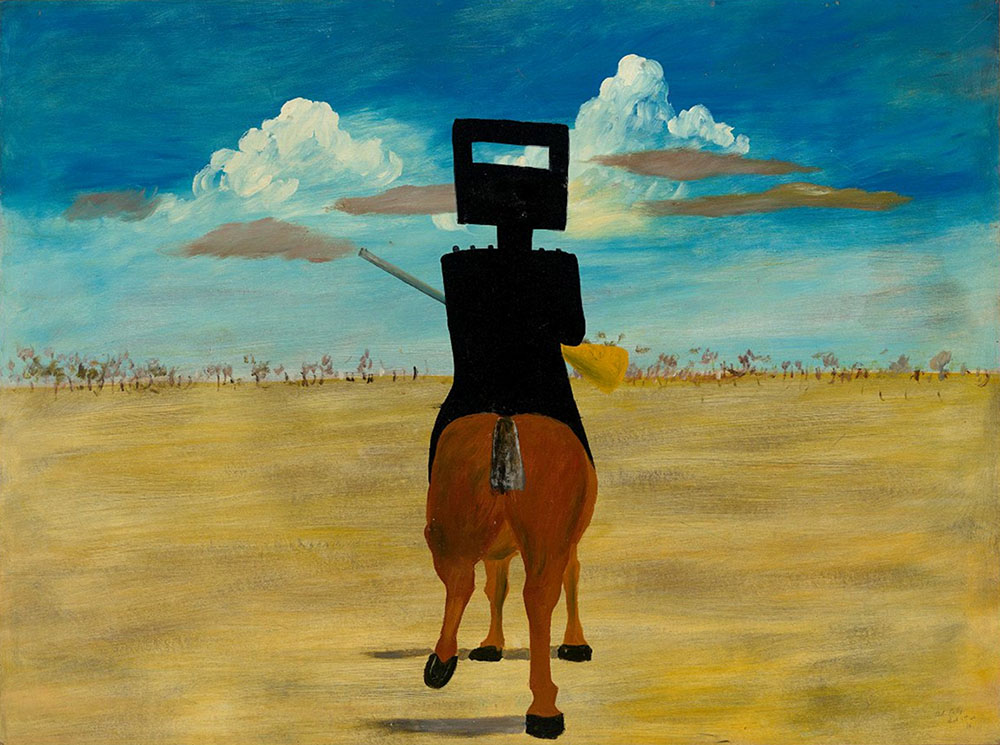 A National Gallery of Australia Exhibition

For the first time in 15 years, the National Gallery of Australia’s collection of Sidney Nolan’s ‘Ned Kelly’ paintings is touring Australia in its entirety. The national tour gives Australians across the country the chance to experience some of the most famous and poignant masterpieces of 20th-century Australian art.

Sidney Nolan’s Ned Kelly series depicts the story of Australia’s most infamous outlaw in a sequence of 26 paintings.

An exhibition not to be missed!

This exhibition will also be accompanied by free screenings of the documentary Nolan (PG) – 11am daily in the Dress Circle Theatre from 22 June – 22 July.