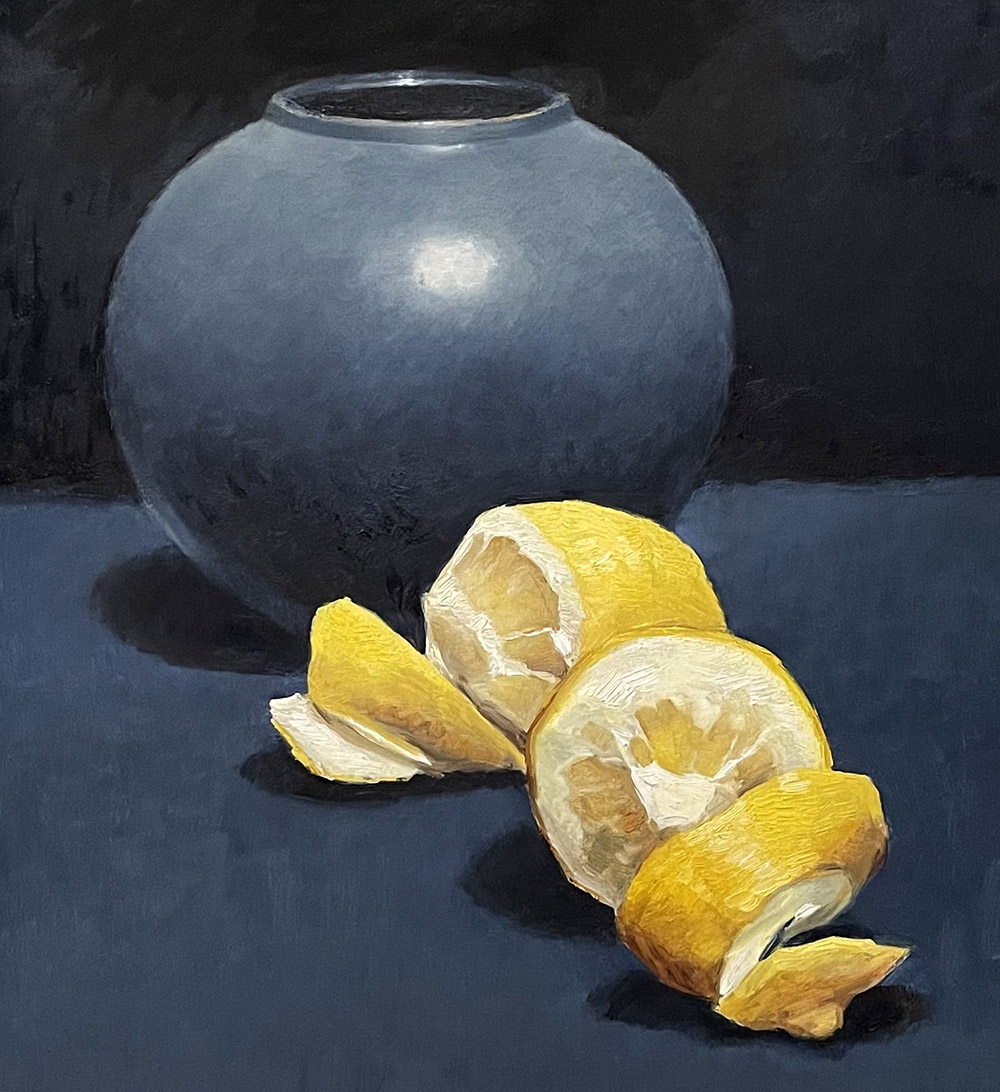 Unlemon – a meandering tale of citrus

Unlemon – a meandering tale of citrus reveals a multi-layered story of citrus – its origins, trajectory, diversity and tenacity.

It begins with a reimagining of seventeenth century Dutch art where paintings of citrus – peel unfurling – evoked representations of wealth, exoticism, trade and expansion. The exhibition continues in the still life genre, exploring citrus’ symbiotic relationship with us humans, in both its global success and the disease that threatens to devastate the species. Underpinning this is the crucial role played by Australia’s own native citrus.

South Australian artist Alison Mitchell was born in Malaysia and her family moved to Mount Gambier in the mid sixties where she spent her primary and secondary school years – enjoying all the swimming, sport, horse and bike-riding that a country childhood allows. It was probably the gardening and botanising of her parents though that gently influenced the direction her art would take.

Alison works predominantly in watercolour and oils, and her still life painting is of a tradition deeply embedded in the practice of careful observation of things intentionally arranged and composed in the studio. Unlemon which was first exhibited in the Museum of Economic Botany, Adelaide Botanic Garden, is informed by this as well as her studies in anthropology and Asian art history.

This project was made possible by the Australian Government’s Regional Arts Fund, which supports the arts in regional and remote Australia.