Stories from the Collection: Diana Wiseman 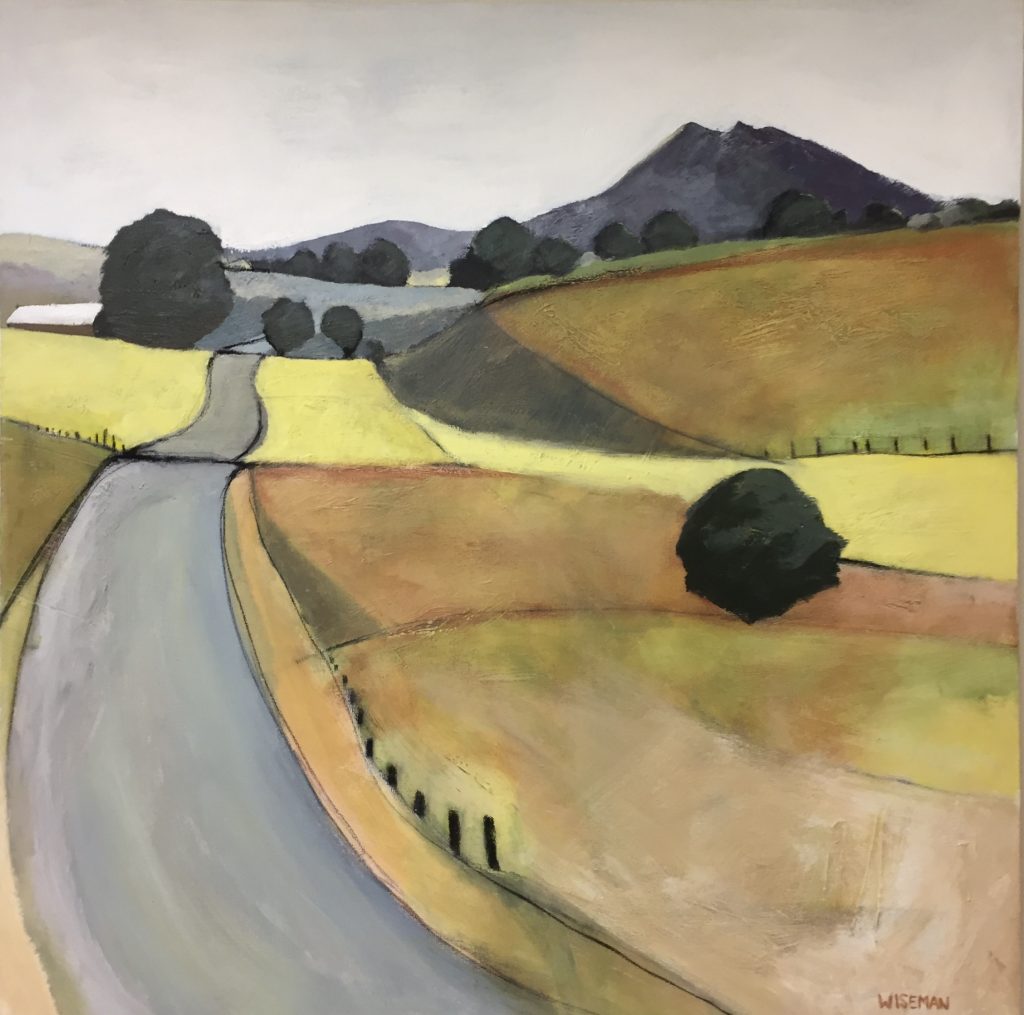 Born in Naracoorte, but calling Mount Gambier home since she moved here as a teacher, Diana Wiseman has been an integral part of the art scene in Mount Gambier and the broader Limestone Coast, since the late 70s.

Many in Mount Gambier would have seen her work in exhibitions held at the Riddoch Art Gallery and other sites around the Limestone Coast, including most recently in Beautiful Enemies (viewable here) with Thumb Print Workshop, a local and very active print group. However, Diana’s extensive exhibition history has seen her show not only across the state, but across Australia too.

The drive to be creative has been with Diana since childhood. Drawing inspiration from the landscape, Diana uses the spaces, colours, textures and patterns, found in the environment as an endless wellspring of creativity. Well known for her landscapes and her attention to the natural environment. Diana often works intuitively, and using a flattened perspective, takes her visually complex surroundings and reduces it to its key features. Her work, as a result, often appears semi-abstracted, recognisable, yet not seeking to capture an exact likeness.

Breaking down the landscape into blocks of colours and shape, often with marks, scratched, scribbled and dotted across the work, Diana creates energy and movement amongst the stillness. These marks range from soft, barely-there-lines, to hard edges and strong lines, depicted with both bold and muted colours. In this way Diana evokes the often iconic features of the Limestone Coast surrounds, while creating abstracted, striking landscapes and compositions.

In recent years, Diana has also completed a number of notable public art murals at the Railways Lands in Mount Gambier and the Naracoorte Regional Art Gallery, highlighting the natural environment, including animals iconic to the region. Did you know for instance, the birds featured in Diana’s Railway Lands mural are all named after the railcars used by the former Bluebird train service which formerly operated in Mount Gambier?

This mural was created from a print, enlarged 10 times bigger then the original to fit across seven panels measuring a total of three meters high and 9 meters wide. A nerve-wracking risk at the time, it was a technique that worked so well Diana repeated it for her large scale mural in Naracoorte.

Diana is currently a member of Thumb Print Workshop based in Mount Gambier and Gallery 54 in Penola and has work available for purchase at the Riddoch Gallery shop. Diana’s work is not only held in the Riddoch Art Gallery collection but also to many private collections across Australia.