Stories from the Collection: The tale of Dick Whittington and his cat, and the mystery of La Plongeuse 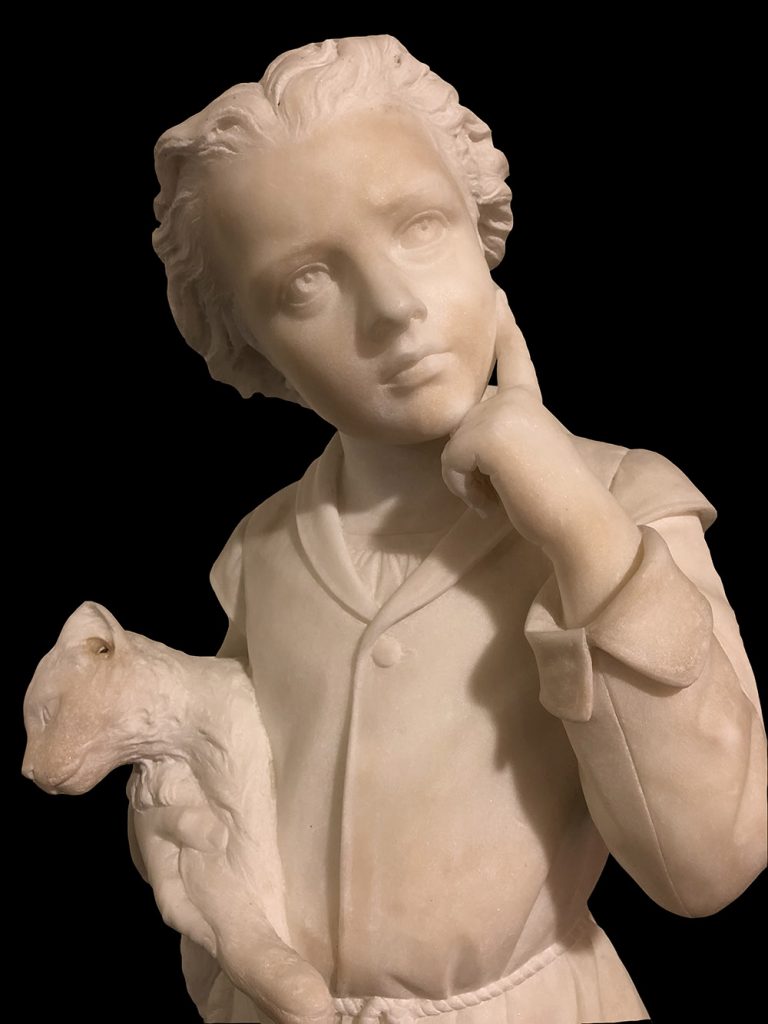 The marble sculpture of the small boy, hea

d cocked to the side, finger to cheek, caught in the act of listening, or thinking, is Dick Whittington and his cat. It is one of the original five sculptures donated by John Riddoch in 1888, to the then Riddoch Institute, and is generally considered to be the beginning of the Riddoch Art Collection as we know it today.

Shown in 2019 in the Cathleen Edkins Gallery, for the exhibition Interpretations from the Riddoch Collection, Dick Whittington and his cat is a work by Pasquale Romanelli, and Italian sculptor, who passed away soon after this work was purchased by John Riddoch during a trip to Italy in 1886.

The inspiration behind the sculpture is based on the folk tale of a real historic figure, Richard Whittington who was Lord Mayor of London three times between the late 1300s and early 1400s. In the folk tale, Dick Whittington was a poor orphan, who with the help of his cat and a generous benefactor, rose to wealth and influence. You can read more about the story here

While the story behind Dick Whittington and his cat is well recorded (our records even have newspaper clippings from The Border Watch documenting the donation by John Riddoch in 1888!), the story of La Plongeuse (The Diver) is much more obscure.

Poised on a marble platform, a woman stands, legs straight and bent at the waist, with arms in front, ready to plunge into waters below, is La Plongeuse, or, translated to english, The Diver. For many years the broken La Plongeuse resided in a crate housed in the gallery’s collection storage area. It is not known how she came to be there or how she was damaged as there was no accompanying documentation. However, over time and with dedicated research, some clues have been uncovered, including a photograph of George and Mrs Riddoch parlour, printed in Our Pastoral Industry magazine, where the sculpture can be seen quite prominently in their home, suggesting at one point it belonged to the Riddochs’.

We also have in our collection, a sketch in charcoal by the late Cathleen Edkins, of La Plongeuse, done sometime between 1930s – 1940s, which means it may well have been part of the collections for many decades.

In 2015, La Plongeuse was sent to Artlab in Adelaide, where a team of art conservators spent six months restoring her to her former beauty. She is now a proud part of the Riddoch Collection, and we hope in time to find out her full story. 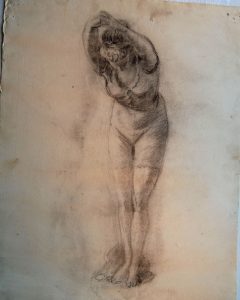 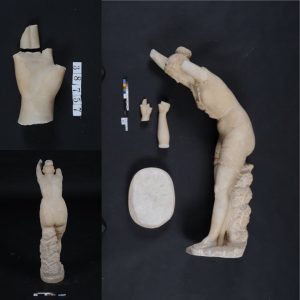