Stories from the Collection: Lynn Silverman 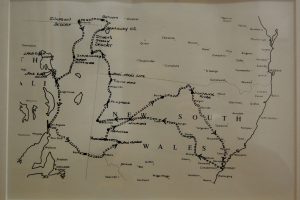 produced by Lynn Silverman in the late 70s and early 80s, we see an American take to the desert, traversing the same ground as the early English colonial explorers in the early stages of Australian colonisation, marveling, as they did at the vast interior of this country. Travelling through outback New South Wales, Queensland, South Australia and Victoria, Silverman evokes the landscape of our colonial imagination, exploring an interior that still haunts the history of Australia’s settlement. Producing two separate, but interrelated bodies of work during this time, Horizons and Site investigations, Silverman traveled over 6000 km to create these works.

Awed by the severity and emptiness of the desert, the sight challenged Silverman’s notions of how landscape photography was supposed to look. Horizons features paired images, one of low, seemingly featureless horizons, contrasted against a second image pointing down at Silverman’s feet. These paired images, of horizon above Silverman’s grounded feet, are taken in the same spot, without moving her body through the landscape. Instead she has changed the camera angle, dramatically changing the perspective through a single action. 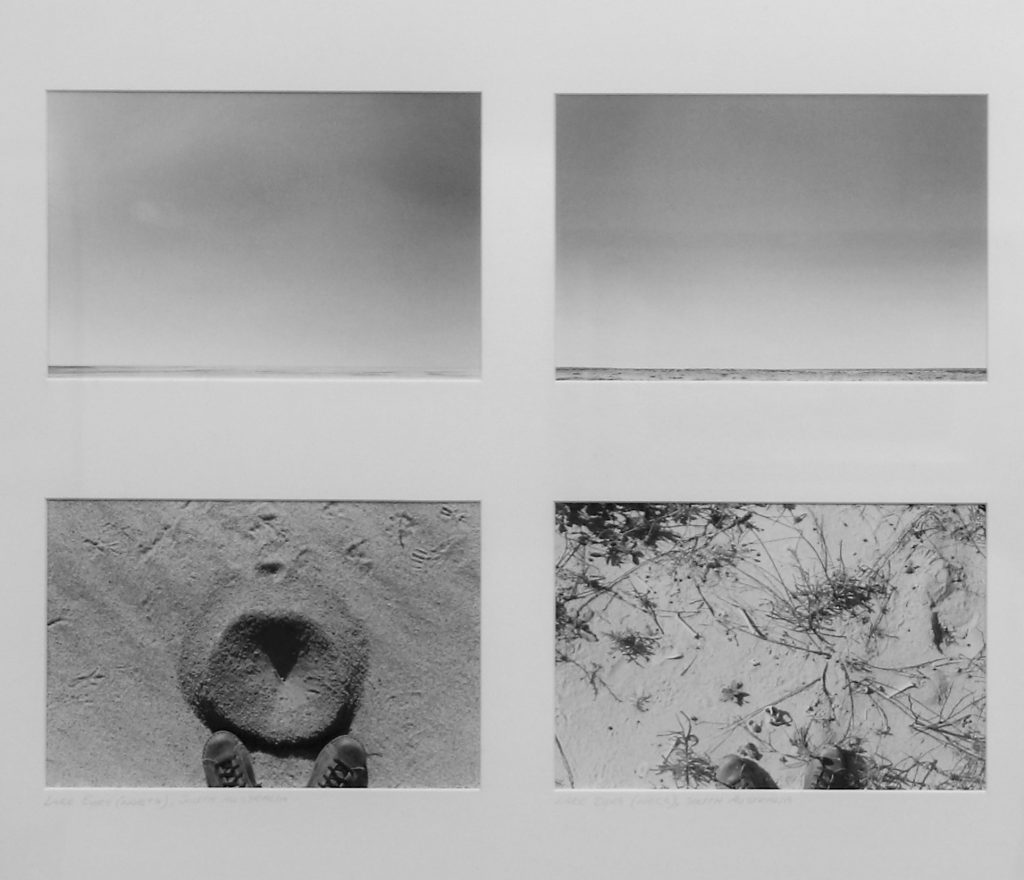 By changing the perspective, essentially without moving, Silverman has complicated our understanding of the desert. While the images of the skyline describe a vast landscape of unbroken, unrelenting sameness, the images of her feet reveal at times an active ecosystem, scaled down to an approachable size. The image of the horizon is suggesting, “this is what I see”, and the image of her feet is saying “this is where I am”, showing the radical sense of changing scale, from vast and unconquerable to the small, human sized plants and indentations on the ground. It confirms and challenges the colonial mindset of emptiness in the outback, Silverman is not a heroic explorer, conquering and mapping space, instead it is a quite contemplation of place. The  Horizons series suggest there are multiple ways of viewing this landscape that can obscure and reveal, usually at the same time. 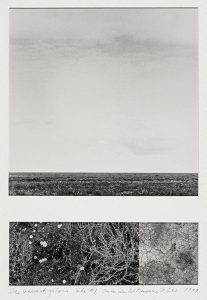 In Silverman’s series Site investigations, similar techniques are employed to suggest multiplicity of views and the complexity of space. Instead of paired photographs, Silverman has included one image of the horizon underlined by three photographs of the ground side by side. Removing herself from the frame, Silverman recreates the illusion of photography as an objective, scientific tool to document the world. Even the language points towards the language of scientific discovery, instead of personal exploration. Yet, the impression left by these images is not to create a cohesive, single narrative of the individual sites. Rather Silverman has demonstrated how the landscape can change underfoot, despite the appearance of uniformity.

Through these two bodies of work Silverman presents small moments that hint at the limits of photography, demonstrating its ability to capture only a fraction of what we see, while simultaneously revealing a multiplicity of place and space.